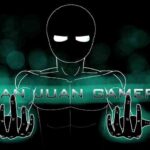 The Lord of the Rings: The Battle for Middle Earth II 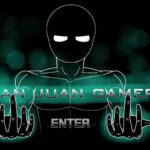 Since the success of Valve’s Steam Client in revolutionizing the gaming industry’s distribution and marketing methods many major game providers have developed their own online platforms for supplying clients with products, support, and community.  Origin is Electronic Arts’ digital distribution platform and one of the primary digital outlets for EA games and digital products.
Origin began life as EA Downloader which was released by EA in 2005.  It would transition between various iterations such as EA Link and EA Download Manager, with each new version adding additional features and capabilities.  These older versions provided both an online store for EA products as well as a profile management system and update source for digital products and hard copies.  Origin was released in 2011 and combined all the elements of previous EA online services.
Like its competitors and equivalents, Origin features the staples of a modern digital gaming client system such as a friends list, a profile with achievements and avatar customization, a games library, store access, and automated support for currently owned games.  Any game in the user’s library is available for download any number of times from Origin.  Like Steam and Battle.net, product keys can be used to redeem physical copies of certain EA produced games; however if the game is already installed on the user’s computer the code cannot be redeemed even if the user does not intend to download the game.
At this point Origin only supplies titles owned and/or developed by EA.  Origin can be accessed on PCs and recently on mobile devices but is not currently available for consoles.  It is currently unknown if EA plans to include titles from other producers in its store selection.  EA has specifically stated that Origin is a competitor with Steam so it is highly possible that Origin will eventually become a digital marketplace.
It’s worth noting that an Origin installation and account are required for more recent EA titles, primarily those released within the last few years, even if they are bought on disc or another form of third party distribution.  Origin itself is a free service and can be utilized in offline mode if the user saves his or her login information in online mode first.  Games installed from a disc do not need to be synchronized with Origin to run their single player and LAN functions.  However they do need to be registered on Origin to receive updates, access multiplayer servers, and communicate with other players in-game.
Origin provides all the services necessary to play and enjoy the games it provides.  It’s only glaring downside is that it is a first and foremost a store.  Navigation is heavily weighted towards the store; and community interaction, such as forums and community posts, is limited.  Games listed inside the user’s library are effectively placeholders and do not have their own pages, in contrast with Steam or Battle.net which have dedicated displays for each game.  Purchasing and accessing games on Origin is quick and easy but any utility related to the account’s interaction with those games is minimal.  Support is also lacking for older games with newer products receiving most of the attention as far as deals, advertisements, and FAQ posts are concerned.
Like everything EA touches Origin takes a popular concept and puts its own spin on it with rather mixed results.  Origin features all the services necessary for acquiring and using EA products and connecting with the community of EA gamers.  However on the flip-side Origin is heavily geared towards EA’s marketing and sacrifices its community development for customer interaction with the online store.  It’s high quality and no doubt sufficient for EA’s purposes, but Origin will certainly have to be optimized to better support and reflect the gamer culture before it can truly equal its competitors.

Creative Assembly’s Total War: Rome II was noted just after its release to be the worst Total War title to see the light of day.  Its excessive bugs and poor performance disappointed many fans of the previous Rome: Total War as well as franchise fans in general.  This was perhaps a greater loss for the game itself rather than Creative Assembly.  Numerous patches and quick fixes improved Rome II to make it playable and ultimately even enjoyable; but its place in infamy had already been secured.
Creative Assembly did its utmost to avoid a repeat with its follow-up title, Total War: Attila, which was released in early 2015.  Many of the systems introduced in Rome II, such as the Imperium levels, remain the same while other mechanics like the political system and provincial system have been modified slightly.  Provincial towns can now be upgraded to have walls and all provinces are limited to two towns and a capital.  The political system saw a revival of the traditional family tree within the wider context of faction politics and competing nobles.
Perhaps the largest change from Rome II that Attila brought was the change in setting.  The grand campaign begins in 395 AD as the now divided Roman Empire enters a period of decline.  The game models the catastrophic upheaval of the period with a return of the horde mechanic, first seen in Rome: Total War: Barbarian Invasions, which allows a faction to abandon their home province and form several armies that supply their own food and can make temporary camps to gain special benefits and a relief from income loss.  The Western and Eastern Roman empires suffer several penalties to add to their foreign woes such as historically inept faction leaders, a loss of traditional technologies, and unstable internal politics.
Attila brings an apocalyptic feel to the setting through various mechanics and faction themes.  Climate change; inspired by the historic 6th century Little Ice Age, makes an appearance as periodic global events that lower the fertility of all provinces on the map.  Another world altering mechanic is the ability for armies to raise settlements transforming the settlement into a ruin and blackening that section of the province, temporarily ruining its fertility.  Razed settlements can only be restored by settling army units in the province, restoring the town which must then be rebuilt from scratch.
The thematic presentation of the turbulent 5th century is Attila’s central point, and tragically is probably also Attila’s greatest failure.  The game succeeds so well in making the world a mess that it rapidly becomes frustrating and nearly unplayable.  The climate change unrealistically affects the entire globe, turning even the most fertile provinces like the Nile Delta and Euphrates River Valley into barren desert.  Cities suffer numerous wealth and public order penalties from effects such as food shortages, even when the empire has a food surplus, and immigration, an effect that the player has no control over.
Squalor now plays a proactive role in settlements and provinces; the higher the negative level of total squalor (derived from squalor minus sanitation) the more likely a plague will break out in that settlement.  This mechanic is reasonable in its idea, but its implementation is again excessive and frustrating.  Multiple build slots in the province must be devoted to sanitation buildings to keep the squalor down and even with a total squalor of zero plagues can still spread to and even break out in settlements.
Most factions start out in precarious positions.  The Roman empires naturally suffer from rampant unrest, multiple enemies, and hard-pressed economies.  Barbarian tribes start with strong militaries but are forced by approaching nomads and cooling climate to make for new homelands in Roman territory to the south and west.  The Sassanid Empire, the predominant eastern faction and widely assumed to be the easiest to play, still has its own problems keeping its client states in line and fighting off the White Huns.
These troubles don’t make the game unplayable; but in the wrong circumstances they swiftly make it unwinnable.  Attila is perhaps the first Total War game that will appeal far more to survival gamers than to strategy gamers.  The gameplay experience for many factions, particularly the Roman empires, is more about seeing how long the player can survive rather than trying to win.  The game’s buggy tutorial and abbreviated user interface add to the problem by giving Attila one of the sharpest learning curves in the series.
The graphics of Attila remain largely unchanged from Rome II and any computer that can handle Rome II will do just as well with Attila.  Sadly frame rate difficulties remain during the AI phase even with high performance machines but actual gameplay, particularly battles, run smoothly.  It’s worth noting that color and toning for battles has been subtlety altered to give a dark, gritty feel to the world to accompany the apocalyptic theme.  This doesn’t bring any mechanical alterations aside from increased rain but the various weather effects can also cause frame rate drops on high graphics settings.
Fans of Empire: Total War will enjoy the updates Total War: Attila brings to the new mechanics that Empire introduced.  Otherwise Attila has been love/hate with fans of the Total War series.  Even veterans of Rome II will have to learn many new mechanics and forget some old habits to play Attila properly.  Those that enjoy grand strategy will find Attila a very challenging addition to the grand strategy market.  Strategy gamers in general however are best served avoiding Attila, or waiting until an 80% off sale, as the game is far too restrictive for a traditional military strategy experience.