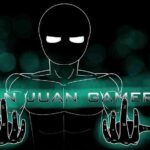 With the advent of digital distribution in the gaming industry a number of companies have supplied digital distribution platforms for gaming products.  GOG Galaxy is one of the more recent additions to this developing market and, unlike the other platforms which grew out of a gaming company seeking a way to more efficiently provide their products to consumers, GOG Galaxy springs from a dedicated retail company that specialized in releasing digital gaming content.
GOG, or Good Old Games as it was first called, was launched in 2008 with the goal of providing digital, updated copies of old games without any digital rights management schemes.  Since then GOG has expanded to become one of the primary parties in the digital distribution market.  Consumers create a user profile on gog.com for free.  The profile allows them to setup payment information and provides a library where their gaming purchases are stored and can be downloaded to any computer the consumer desires.
GOG Galaxy continues this service as a fully fledged personalized distribution platform.  Customers can browse games, edit their profile settings, and link their library to the computer that Galaxy is installed on.  Galaxy is an optional add-on for subscribers and is not required to access the GOG website or the subscriber’s game library.  The platform is currently available for Microsoft Windows and macOS with a Linux compatible version currently in development.
Once downloaded and installed Galaxy will automatically be linked to the user’s profile and game library after the user has signed into Galaxy with their GOG profile.  The interface is fairly simple in terms of tabs and menu options and it uses drop-down buttons liberally.  The game library and the GOG store feature prominently and include a search function for quick access to any game title.
Users can utilize Galaxy to install newly purchased games and games already listed in the user’s library.  To interface with the computer Galaxy must run a synchronization check on all game files in the registry, including games that have already been downloaded directly from GOG’s website.  This is also the method Galaxy uses to recognize Steam games for its crossover feature, an option that allows owners of game titles on Steam to add the game to their GOG library for free.
Galaxy is very simple and easy to utilize; these aspects are both a benefit and a hindrance to its functionality.  It serves GOG’s primary intent to link GOG users and provide store and library access.  However as a networking platform its does little beyond allowing GOG users to establish a Friend connection and connect for multiplayer purposes.  Galaxy has nothing in the way of community forums or producer update pages.
It is important to take this fact with a grain of salt as GOG is first and foremost an online store.  Unlike Steam and Battle.net, which aim to not only provide games but to facilitate the utilization and networking of those games, GOG is a provider of existing gaming titles and its primary business is to sell items.  In this matter Galaxy serves its purpose admirably, providing quick and easy access to GOG’s listings and allowing for easy purchase and rapid acquisition of gaming titles.
One thing to note is Galaxy’s download functionality.  Galaxy is evidently able to access servers with greater ease than Steam and boasts a much faster download ratio with the user’s connection.  However Galaxy offers very few options for active downloads, for example downloads cannot be paused or queued, only started or aborted, and users will need to manage their activity on Galaxy to avoid interference with other online programs.
As an extension of GOG’s site, GOG Galaxy performs admirably and its very easy to access and utilize its core functions.  At this point there is little beyond its storage and retail purposes that Galaxy can adequately perform.  Granted, GOG may not need or want Galaxy to be anything more than a personalized store interface and that’s not unreasonable for them.  Yet Galaxy is not needed for gamers to access and enjoy the good old games of the past; and if GOG expects it to enter the realm of dedicated game distribution and networking platforms then it has a long way to go.

Attention San Juan Gamers!
Orcas Online is setting up a Minecraft server that any Orcas Online customer can access.  The server is currently set to survival-mode and is open to anyone on the Orcas Online network.  This project is an attempt to create a digital environment that local gamers can enjoy and socialize on.  Bring your friends, build and explore, and find other gamers in the San Juan Islands!
At this time we do not have any plans for a sandbox mode server; but check back for updates on that subject in the future.
Contact Orcas Online for information on how to create a profile and access the server or with questions about the setup.
email: info@orcasonline.com
office phone: 376-4124